Things you should know about alcohol level test by Fuel cells 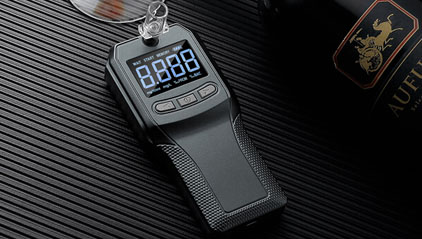 For several years, the legal limit for intoxication in most countries was 0.10, although many states and countries have recently embraced the 0.08 limit. According to the AMA, a person might become impaired when their Alcohol level test or blood alcohol level reaches 0.05. A BAC of 0.08 indicates there are 0.08 grams of liquor per 100 milliliters of blood. There are numerous devices available for measuring BAC.

The BAC determines the level of intoxication:

Observing or testing a person's behavior is the best technique to determine intoxication. For the same number of drinks consumed, each person will exhibit different intoxication symptoms. The legal community watches behavior but is limited to a legally defined definition of intoxication. The alcohol level concentration also known as BAC is usually achieved by blowing into a piece of Breathalyzer equipment. The legally established level of alcohol impairment in most states is 0.08 percent.

Composition of breathalyzers with Fuel Cells:

The alco-sensor gadget is designed using fuel cells comprised of a layer coating of porous surface, a platinum layer covered with just an acidic chemical, and operates on the electrochemical oxidation principle. A plastic tube contains a thin sheet of platinum. The defendant blows air into a plastic mouth tube, which transmits the air molecules towards the platinum layer during a breath test. The alcohol molecules are converted into acetic acid by the fuel cells that suck up the alcohol. Electrons are produced as a byproduct of an alcohol oxidized reaction in which 2 electrons are produced per molecule of ethyl alcohol.

Excess electrons created by the oxidation process at the top surface of the fuel cell can then be matched to the electrons at the low end of the scale of the fuel cell. Because both of the platinum surfaces are electronically linked, the voltage passing through a link is directly related to the quantity of alcohol used by a fuel cell. Because of the minimal power supply required to operate this device, the fuel-cell alcohol detector is suited for small-scale screening.

The background of Fuel Cells:

The basic assumption of the fuel cell was invented in 1839, noting that an electric reaction occurs when an electrode is subjected to hydrogen and the other to oxygen while both are submerged in sulfuric acid. As a result, the fuel cell generates power. While NASA has utilized the technology to create electricity in space, it has not been proven to be a viable technique for generating electricity on Earth. Instead, fuel cell technology has evolved into one of the most dependable alcohol detectors for mobile breath alcohol tests.

A fuel cell is made up of a wafer with platinum black and gold coatings on each surface which is placed between a permeable material containing a sulfuric acid dilution. Alcohol influences fuel cells. Although they are sensitive to all types of alcohol, they are not sensitive to acetone. As a result, these devices are suitable for detecting very low levels of alcohol.

Alcohol level tests based on fuel cell breathalyzers are likely the most accurate on the market. Fuel cell-based breathalyzers easily meet those standards for evidentiary quality testing when equipped with suitable breath samples and display capabilities.

Why should you choose SZEEK breathalyzers for an accurate alcohol level test?

Szeek is one of the leading manufacturers of breathalyzers in the market. We provide Alcohol level testers or breathalyzers with High Accuracy

Our blood -alcohol tester measures the levels of alcohol in the human body. Our breathalyzers immediately provide a result because of their sensitive sensors.

Furthermore, the design of our products is so compact. They come with a lightweight and portable design that saves space. Szeek breathalyzers are pocket-sized and bag-friendly making them simple to keep and carry wherever necessary.

Prev: Why a breathalyzer is in high demand for alcohol check?

Next: The Technologies and Sensors of the best buy breathalyzer